For all who plays with fire will get burnt 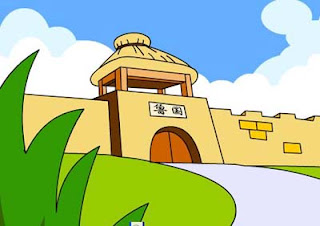 During the Spring and Autumn Period (770-476 BC), prince Zhou Xu of the State of Wei killed his brother and became the new King. Zhou Xu was a tyrant. He oppressed his people and indulged in wars of aggression. By launching wars, he tried to divert the people's attention and reduce their discontent with him in order to consolidate his dictatorship.

The Duke of the State of Lu leant about Zhou Xu's usurpation of state power and his ambitious plan, he asked a senior official, "What do you think about Zhou Xu's move?"

The official answered, "He indulges in wars, bringing his people much disaster. He won't get their support. And he's capricious, so few of his close friends follow him. He can never achieve his success. In addition, war is like fire. If one launches wars endlessly without restraint, he'll eventually burn himself. "

Sure enough, the people of Wei with the help of the State of Chen overthrew Zhou Xu and killed him in less than a year.

Later, people use it to mean that those who do evil will finally ruin themselves. This is similar as Jesus saying, Jesus said: "for all who draw the sword will die by the sword."