Everything is Ready Except the East Wind 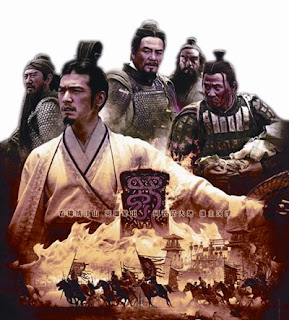 China has been divided into three kingdoms historically: Wei in the north, Shu in the southwest and Wu in the southeast.

Once Cao Cao from Wei led a 200,000 strong army down to the south to wipe out the kingdoms of Wu and Shu. Therefore, Wu and Shu united to defend his attack.

Cao ordered his men to link up the boats by iron chains to form a bridge for the Cao's passing from the north bank of Yangtze River to the south bank.

The General Commander of the allied army was Zhou Yu. He analyzed the situation carefully. Then he got a good idea. He decided to attack the enemy with fire. So he began to prepare for the coming battle. Suddenly he thought of the direction of wind. He needed the east wind to blow strongly in order to accomplish his scheme. However, the wind did not come for days. Thus Zhou Yu was worried about it. At that time, he got a note from Zhuge Liang, the military adviser of the State of Shu, which reads:

Fire will help you win

Except the east wind"

Quickly he turned to Zhuge Liang for help. Zhuge told him not to worry and there would be an east wind in a couple of days. Two days later, the east wind helped Zhou accomplish his scheme. At last, the allied army won the war.

Later, people use it to say "All is ready except what is crucial".