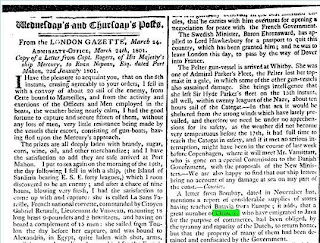 Old News e-clipping, from Wednesday's and Thursday's posts, Trewman's Exeter Flying Post (Exeter, England), Thursday, March 26, 1801. In this news, Chinese emigrants in Java were obliged to return home, but their property had been detained and confiscated by the then Dutch Government, it's interesting that the paper used 'tyranny' to describe the Dutch Government.

A letter from Bombay, dated in November last, mentions a report of considerable supplies of stores having reached Batavia from Europe; it adds, that a great number of Chinese, who have emigrated to Java for the purpose of commerce, had been obliged, by the tyranny and rapacity of the Dutch, to return home, but that the property of many of them had been detained and confiscated by the Government.

There is another report from Foreign Intelligence (The Aberdeen Journal (Aberdeen, Scotland), Wednesday, August 12, 1801; Issue 2796.), Chinese emigrants has been treated badly by Spanish government in Manila:

All political disquisition, we understand, is strictly forbidden at Manila.The Chinese merchants have been driven away through the jealousy of the Spanish government. The restrictions throughout the neighbouring islands have caused most of the necessaries of life to rise to an enormous price. The people said to have become seriously disaffected to the Government, which is stated to uphold itself by very prompt measures.

Chinese merchants in Maluku Iselands also lost their lucritave commerce of the gold dust collection. There was a report on Foreign Intelligence The Aberdeen Journal (Aberdeen, Scotland), Wednesday, September 1, 1802; Issue 2851.

A letter from Madras says, "A most advantageous trade is now carried on with the Molucucu Islands. The whole of the gold dust collected in Celebes is given in exchange for the manufactures of England and of British India. This lucrative branch of commerce, which has long been in the hands of the Chinese, is now fallen into the possession of the English.

The Molucucu Islands, also known as the Maluku, Moluccas, Moluccan Islands, the Spice Islands or simply Maluku, are an archipelago in Indonesia.