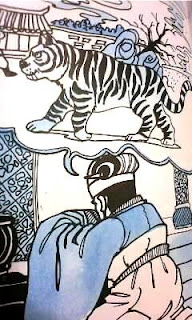 In John Flanagan's Ranger's Apprentice series, book 2, the Burning Bridge, he quoted an old Celtic saying through Halt, the Ranger's mouth: "One man may be deceit. Two can be conspiracy. Three is the number I trust." I don't know if this has been made up by john or come out of REAL Celtic saying, but obviously the wisdom of human beings are similiar, no matter how far they are separated, Ancient China in far east and Old Celtic in far west.
(Source: Wiktionary translation)