November 24, 2010
Gan Luo was a famous child prodigy in the State of Qin, he became Prime Minister at age 12, and was youngest Prime Minister in the whole Chinese history. 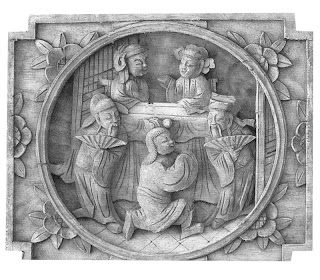 At the time, Gan Luo's grandfather was the Prime Minister. Once he offended the King of Qin. The King of Qin created an impossible task for Gan Mao. He wanted Gan Mao to bring him an egg produced by a cock. When Gan Luo learned about this problem, he offered to attend court on behalf of Gan Mao.

The next day, Gan Luo attended court with other Ministers. The King of Qin was surprised to see him, and asked where Gan Mao was. Gan Luo replied, "He is at home now. He is giving birth." All the ministers roared with laughter. The King of Qin was furious. He slammed the table and said, "Nonsense! How can a man give birth?" "Since a man cannot give birth, how do you expect a cock to lay an egg? Gan Luo was quick to reply. 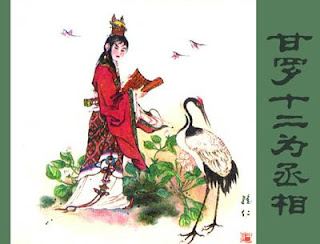