August 15, 2015
Empress Leizu discovered silkworms while having a midday tea, and a cocoon fell in her tea.

One day when empress Leizu was taking a stroll in the royal garden with the Yellow Emperor, she found silkworms eating the mulberry leaves and spinning cocoons. She collected some cocoons, then sat down to have some tea. While she was sipping a cup, she dropped a cocoon into the steaming water. The heat unwrapped the silk, a fine thread started to separate itself from the silkworm cocoon silk until it stretched across her entire garden. Leizu found that she could unwind this soft and lovely thread around her finger.

She then persuaded her husband to give her a grove of mulberry trees, where she could domesticate the worms that made these cocoons. She then invented the silk reel, which joins fine filaments into a thread strong enough for weaving. She also invented the first silk loom which weaves silk thread into fine cloth.

Leizu then shared her discoveries with others, and the knowledge became widespread in China. People remembered her as ‘Silkworm Mother’ or ‘Can Nainai’ till today. 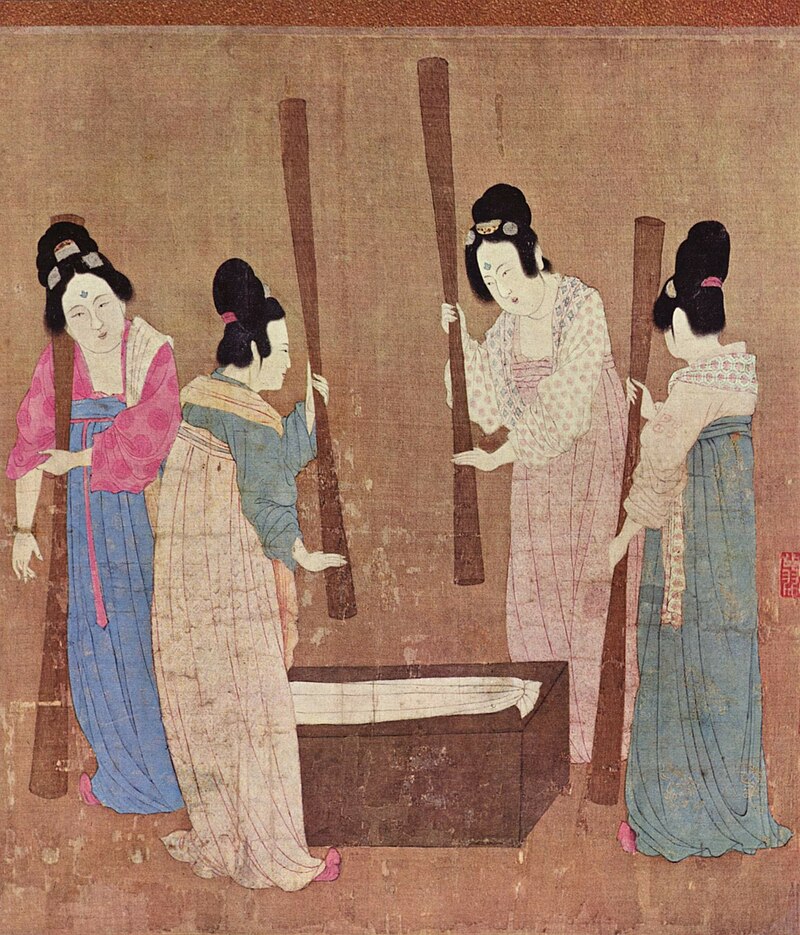