(4) THE WIFE PRETENDS TO BE DEAD

May 12, 2016
Once upon a time there was a stupid man who loved very much his beautiful wife. However, she had no true love for him. In the meantime, she associated herself surreptitiously with another man. Burning with lecherous passions, she wanted to leave her husband to be with her lover. She secretly told an old woman, "After my departure, I would like you to place a woman's corpse in my house. You then tell my husband that I'm dead."

The old woman did what she was told. She told the husband shortly after his return that his wife passed away. He went to see the corpse and believed it was that of his own wife. He grieved and wept bitterly. He gathered a great deal of wood and oil together for the cremation. Then he put the ashes into a bag and had it with him day and night.

Shortly after, the wife got tired of her lover. She came back and told her husband, "I'm your wife."
The husband answered, "My wife died a long time ago. Who are you to lie to me that you are my wife?"

The husband refused to believe her, in spite of her repeated explanations.

So are the heretics who, having learned the heretical doctrine, confusedly stick to it with all their soul and take the doctrine to be the right one without altering their mind forever. Thus they will be unable to believe, accept or keep any other creed even it is an orthodox one. 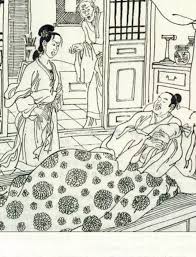