The Battle Was Lost By A Crane 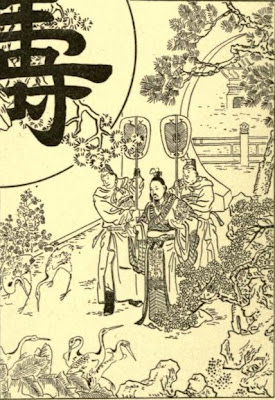 A certain prince of the seventh century B.C. (Yi Kung of the State of Wei) carried his fondness for cranes to the point of folly. The people were uncared for, while the royal park became an aviary for his pet birds, upon the choicest of which he conferred patents of nobility. When he rode forth, one of these favourites must accompany him in a special chariot.

By and by the northern barbarians invaded his frontiers. He must arouse, and assemble an army ; but the militia would not enroll themselves. Upon a number of the fugitives being captured by his guards, they exclaimed, "You have wherewith to defend the country; why do you want us ? "

" Of what use are they to defend the country ? "

" Why then nourish the useless, and neglect the populace ? "

The battle was " lost by a crane."