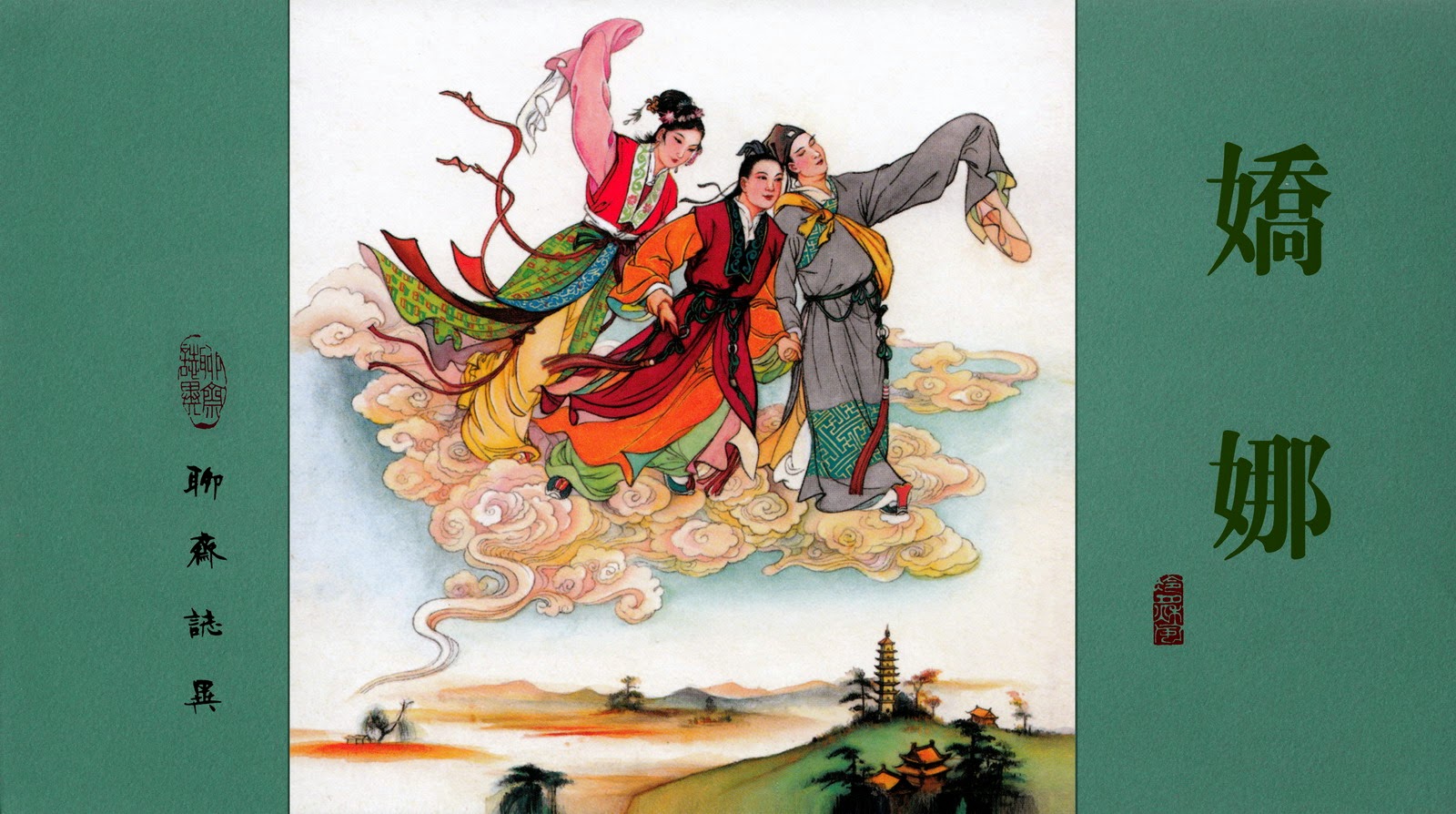 Some six months had passed away, when one day Mr. K'ung took it into his head that he would like to go out for a stroll in the country. The entrance, however, was carefully closed; and on asking the reason, the young man told him that his father wished to receive no guests for fear of causing interruption to his studies. So K'ung thought no more about it; and by-and-by, when the heat of summer came on, they moved their study to a pavilion in the garden. At this time Mr. K'ung had a swelling on the chest about as big as a peach, which, in a single night, increased to the size of a bowl. There he lay groaning with the pain, while his pupil waited upon him day and night. He slept badly and took hardly any food; and in a few days the place got so much worse that he could neither eat nor drink. The old gentleman also came in, and he and his son lamented over him together. Then the young man said, " I was thinking last night that my sister, Chiao-no, would be able to cure Mr. K'ung, and accordingly I sent over to my grandmother's asking her to come. She ought to be here by now." At that moment a servant entered and announced Miss Chiao-no, who had come with her cousin, having been at her aunt's house. Her father and brother ran out to meet her, and then brought her in to see Mr. K'ung. She was between thirteen and fourteen years old, and had beautiful eyes with a very intelligent expression in them, and a most graceful figure besides. No sooner had Mr. K'ung beheld this lovely creature than he quite forgot to groan, and began to brighten up. Meanwhile the young man was saying, "This respected friend of mine is the same to me as a brother. Try, sister, to cure him." Miss Chiao-no immediately dismissed her blushes, and rolling up her long sleeves approached the bed to feel his pulse. As she was grasping his wrist, K'ung became conscious of a perfume more delicate than that of the epidendrum; and then she laughed, saying, "This illness was to be expected; for the heart is touched. Though it is severe, a cure can be effected; but, as there is already a swelling, not without using the knife." Then she drew from her arm a gold bracelet which she pressed down upon the suffering spot, until by degrees the swelling rose within the bracelet and overtopped it by an inch and more, the outlying parts that were inflamed also passing under, and thus very considerably reducing the extent of the tumour. With one hand she opened her robe and took out a knife with an edge as keen as paper, and pressing the bracelet down all the time with the other, proceeded to cut lightly round near the root of the swelling. The dark blood gushed forth, and stained the bed and the mat; but Mr. K'ung was delighted to be near such a beauty, not only felt no pain, but would willingly have continued the operation that she might sit by him a little longer. In a few moments the whole thing was removed, and the place looked like the knot on a tree where a branch has been cut away. Here Miss Chiao-no called for water to wash the wound, and from between her lips she took a red pill as big as a bullet, which she laid upon the flesh, and, after drawing the skin together, passed round and round the place. The first turn felt like the searing of a hot iron ; the second like a gentle itching; and at the third he ex- perienced a sensation of lightness and coolness which penetrated into his very bones and marrow. The young lady then returned the pill to her mouth, and said, " He is cured," hurrying away as fast as she could. Mr. K'ung jumped up to thank her, and found that his com- plaint had quite disappeared. Her beauty, however, had made such an impression on him that his troubles were hardly at an end. From this moment he gave up his books, and took no interest in anything. This state of things was soon noticed by the young man, who said to him, " My brother, I have found a fine match for you." "Who is it to be?" asked K'ung. "Oh, one of the family," replied his friend. Thereupon Mr. K'ung remained some time lost in thought, and at length said, " Please don't ! " Then turning his face to the wall, he repeated these lines :

" Speak not of lakes and streams to him who once has seen the sea;
The clouds that circle Wu's peak are the only clouds for me." 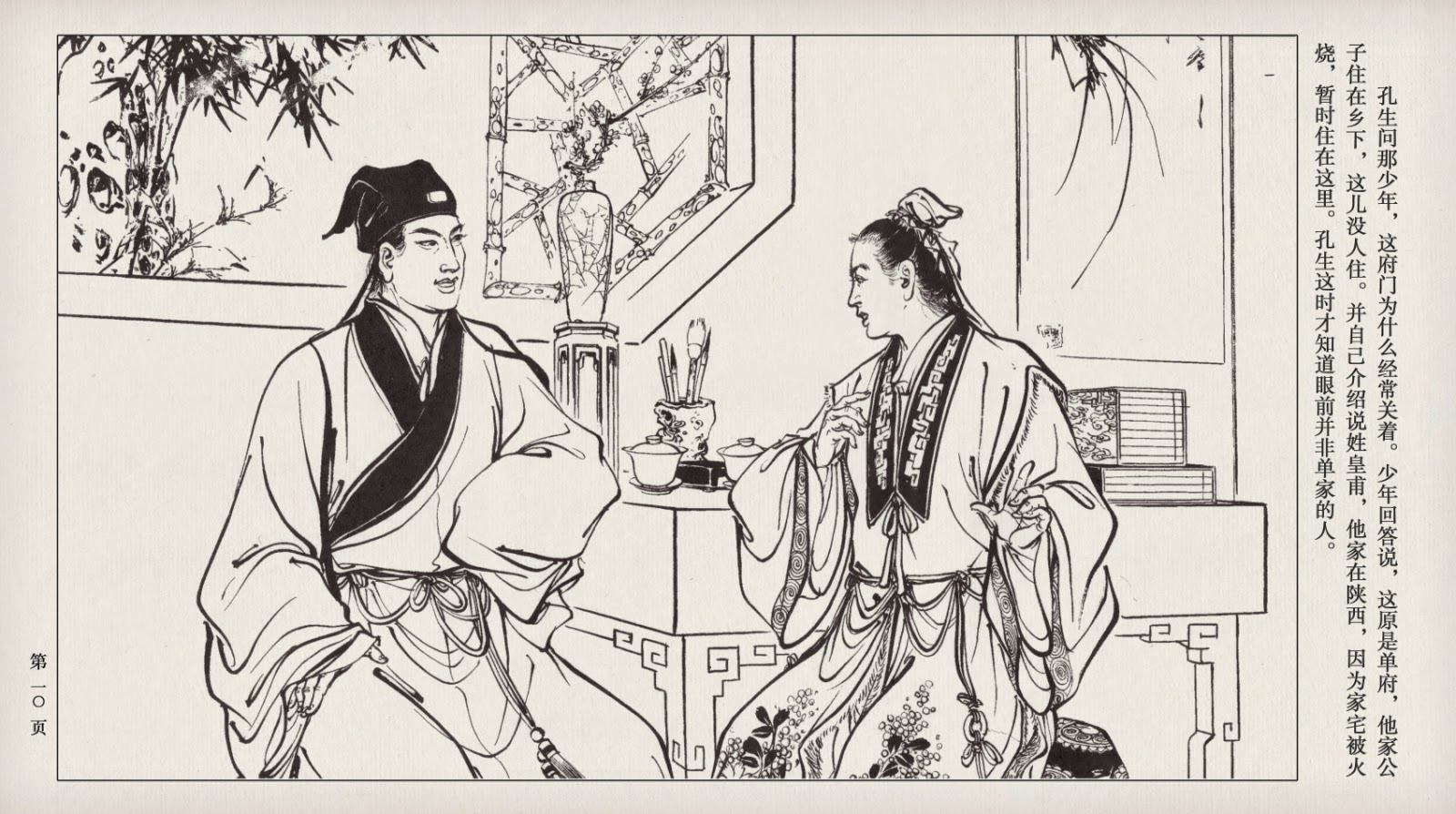 Mr. K'ung amused himself with the young man and his sister Chiao-no, filling up the time with chess, wine, conversation, and good cheer, as if they had been one family. His little boy, Huan, grew up to be a handsome young man, with a fox-like penchant for roaming about; and it was generally known that he was actually the son of a fox.