The buddhist priest of ch'ang-ch'ing

June 10, 2014
At Ch'ang-ch'ing there lived a Buddhist priest of exceptional virtue and purity of conduct, who, though over eighty years of age, was still hale and hearty. One day he fell down and could not move; and when the other priests rushed to help him up, they found he was already gone. The old priest was himself unconscious of death, and his soul flew away to the borders of the province of Honan. Now it chanced that the scion of an old family residing in Honan, had gone out that very day with some ten or a dozen followers to hunt the hare with falcons; but his horse having run away with him he fell off and was killed. Just at that moment the soul of the priest came by and entered into the body, which thereupon gradually recovered consciousness. The servants crowded round to ask him how he felt, when opening his eyes wide, he cried out, "How did I get here?" They assisted him to rise, and led him into the house, where all his ladies came to see him and inquire how he did. In great amazement he said, "I am a Buddhist priest. How came I hither?" His servants thought he was wandering, and tried to recall him by pulling his ears. As for himself, he could make nothing of it, and closing his eyes refrained from saying anything further. For food, he would only eat rice, refusing all wine and meat; and avoided the society of his wives. After some days he felt inclined for a stroll, at which all his family were delighted; but no sooner had he got outside and stopped for a little rest than he was besieged by servants begging him to take their accounts as usual. However, he pleaded illness and want of strength, and no more was said. He then took occasion to ask if they knew the district of Ch'ang-ch'ing, and on being answered in the affirmative expressed his intention of going thither for a trip, as he felt dull and had nothing particular to do, bidding them at the same time look after his affairs at home. They tried to dissuade him from this on the ground of his having but recently risen from a sick bed ; but he paid no heed to their remonstrances, and on the very next day set out. Arriving in the Ch'ang-ch'ing district, he found everything unchanged; and without being put to the necessity of asking the road, made his way straight to the monastery. His former disciples received him with every token of respect as an honoured visitor and in reply to his question as to where the old priest was, they informed him that their worthy teacher had been dead for some time. On asking to be shewn his grave, they led him to a spot where there was a solitary mound some three feet high, over which the grass was not yet green. Not one of them knew his motives for visiting this place; and by-and-by he ordered his horse, saying to the disciples, "Your master was a virtuous priest. Carefully preserve whatever relics of him you may have, and keep them from injury." They all promised to do this, and he then set off on his way home. When he arrived there, he fell into a listless state and took no interest in his family affairs. So much so, that after a few months he ran away and went straight to his former home at the monastery, telling the disciples that he was their old master. This they refused to believe, and laughed among themselves at his pretensions; but he told them the whole story, and recalled many incidents of his previous life among them, until at last they were convinced. He then occupied his old bed and went through the same daily routine as before, paying no attention to the repeated entreaties of his family, who came with carriages and horses to beg him to return.

About a year subsequently, his wife sent one of the servants with splendid presents of gold and silk, all of which he refused with the exception of a single linen robe. And whenever any of his old friends passed this monastery, they always went to pay him their respects, rinding him quiet, dignified, and pure. He was then barely thirty, though he had been a priest for more than eighty years. 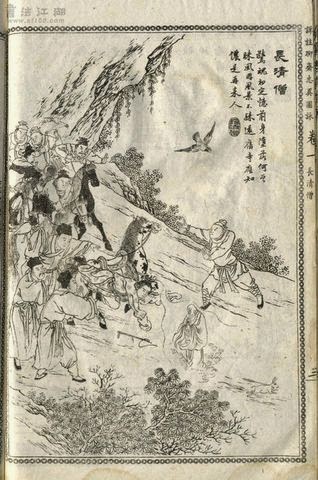