May 12, 2016
Once upon a time there was a stupid man who went to another man's home. The host gave him something to eat. After he complained that the food was insipid, the host added a little salt to it. The stupid guest tried again, found it better, and thought that it was tasteful, because of the salt. To his thinking, the food would be so much better, if he took a great deal of salt. Then this stupid and ignorant man ate it on an empty stomach. Afterwards, he had his palate out of order and fell ill.

The heretics, having learned that abstaining from food and drink might lead to the path of Enlightenment, immediately fasted for seven or fifteen days. They merely got fatigued and famished, accomplishing nothing in terms of Enlightenment. Those heretics are just like that stupid man, who, on account of the pleasant flavour that the salt enhanced, ate salt on an empty stomach only to lose all tastes (and get sick afterwards). 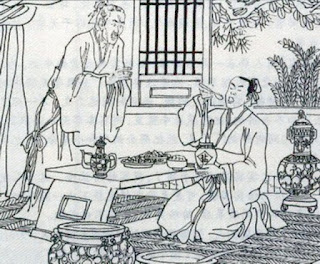