(22) GET EAGLEWOOD FROM UNDER THE SEA

May 15, 2016
Once upon a time there was a merchant who was getting lignaloes from under the sea. He did not gather enough of them to fill up a cart to bring back home until several years later. He then transported them into the market. However, there were no buyers, due to their high price. Unable to sell them after several days, he got bored and tired.

While he saw some other dealers selling out quickly their charcoal, he said to himself that it is better to burn the lignaloes into charcoal in order to get them sold quickly.

After he burnt them, he went to the market again, but the value of the burnt lignaloes was less than half of that of the charcoal.

So are the stupid in the world. To attain Buddhahood, it requires them to practice diligently and zealously through various methods. However, they draw back from encountering difficulties. They would resolve reaching Sravaka stage by destroying quickly the Karma of reincarnation in their hope of becoming Arahant. 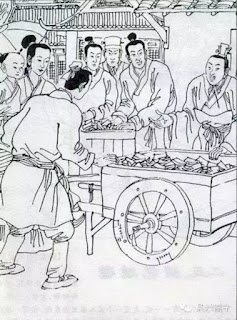